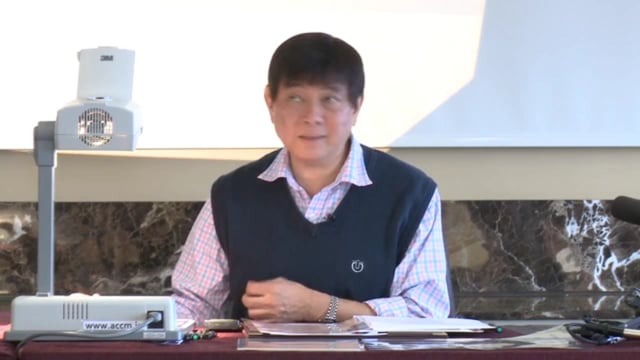 The Liver channel as the last channel in the continuum of the 12 Primary Channels of Chinese Acupuncture. This is representative of the end of the life cycle and serves as a poignant reminder of the process of completion, and death.

In the same vein, within a cyclical movement, the Liver also reflects renewal and the release/resurrection of the ling-soul. Exploring the trajectory, acupuncture points, and the functions of the Liver channel, you will gain a deeper understanding of its association to the eyes, brain, throat, and reproductive organs.

From the disease perspective, the implications of the role of the Liver channel in the management and treatment of chronic and terminal illnesses are considered. This discussion also examines the process of dying and death within Chinese medicine, the meaning of completion, and the hope for the eternity of the soul.

The Liver Channel – the last meridian in the primary channel sequence continuum – can be considered the completion of post-natal existence, and yet at the same time, renewal and restoration. As the yin aspect of the Wood element, the Liver constitutes the consolidation of yin (namely, xue-blood) to nurture the jing-essence for procreation and to engender Heart qi to circulate the consistency of one’s xing-temperament via its connection to the nao-brain and spine.

The Liver also serves as an emissary between Water and Fire, as reflected by its relationship with JueYin Pericardium – signifying its implications in alchemy, longevity, and meditation. Associated with the ethereal soul (hun), the Liver channel seeks liberation of the soul from the bondage of attachment, cravings/desires, and habituation. This weekend seminar explores the dynamics of the Liver channel – its trajectories, point names, functions and combinations, and clinical applications based on the severity of medical conditions as the last channel of the twelve channel sequence.